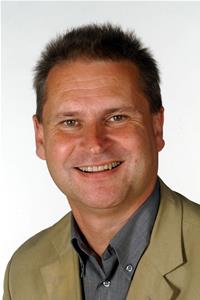 Keith House has been Liberal Democrat Leader of Eastleigh Borough Council in Hampshire since 1994.  He is Leader of the Opposition at Hampshire County Council. On the regional stage, Keith was the Chair of the South East England Regional Assembly and a Board Member at SEEDA and, from 2011-2020, was been a Board member of Homes England nationally.  He has chaired various Local Government Association bodies, is now Deputy Chair of the Resources Board and is a passionate advocate of localism and devolution.

In 2014, Keith co-led a national review on local authorities’ role in increasing housing supply announced in the 2013 Autumn Statement for Treasury and CLG and published in January 2015. He has subsequently jointly set up the Housing & Finance Institute, a key review recommendation, and is its Senior Independent Director.

Keith is also a Town Councillor, a Board Member of Barton Peveril College in Eastleigh, and an honorary member of the Royal Town Planning Institute.  He has extensive experience supporting emerging democracies in eastern Europe and the Caribbean and as an election observer in the republics of the former Soviet Union and central Asia.