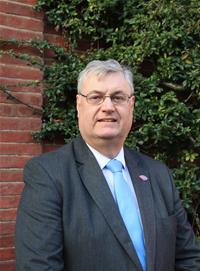 Cllr David Renard became Leader of Swindon Council in 2013. He was first elected in 2002 and first appointed to Cabinet in 2004 since he has held the portfolios of Housing, Adults, Health, Children and was the deputy to his predecessor.

On the LGA he is the Chair of the Economy, Environment, Housing and Transport Board having sat on it for 2 years and on the Resources Board 2 years prior. He has also served on the LGPS committee.

His other appointments include Board member of Localis, the Wichelstowe JV and the Swindon and Wiltshire LEP. He is vice chair of both the South East Strategic Leaders and the Unitary Councils Network as well as being a member of both Englands Economic Heartland and the Great Western Powerhouse.