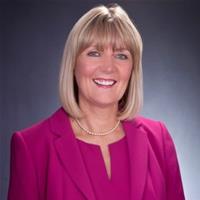 Councillor Joy Allen has served on one of the largest Unitary Councils, Durham County Council, as a Labour Councillor since 2013 where she has represented the Council on many boards including Business Durham, Health and Wellbeing Board, North East Combined Authority and Regional PREVENT Boards.

She was appointed to the Cabinet in 2015 and initially held the Safer Communities Portfolio where she chaired the Police and Crime Panel, Alcohol Harm Reduction and Domestic and Sexual Violence Groups.  Since 2017 she has held the Transformation Portfolio which was recently extended to include Culture and Tourism.

She has served on the LGA Safer and Stronger Communities Board where she was appointed as their Licensing champion and more recently on the Innovation and Improvement Board.  She has also been invited to chair and speak at numerous LGA conferences and events.

Prior to becoming a councillor Joy was employed in the Public sector for 20 years working for HM Forces, Police, District, County and Unitary Councils and the Fire and Rescue Service where she undertook various strategic and operational management roles up to Assistant Director Level and has managed both uniformed and non-formed personnel.

Her operational and political experience is underpinned by a sound academic background, having gained a BA Hons in Management and Administration, MSc in Security and Crime Risk Management from Leicester University, MBA from Durham University Business School and ILM Level 7 Executive Coach and Leadership and Mentor Qualification.