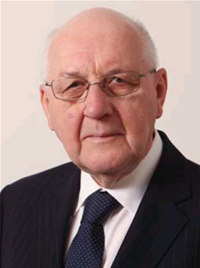 Byron Rhodes lives in Harby in the Vale of Belvoir near Melton Mowbray. He has been the Deputy Leader of Leicestershire County Council since 2012 and leads for the Council on Finance, Property, ICT, Customer and Commercial Services, HR and Service Transformation.

Since 2012 he has led the County Council’s Transformation programme reducing the costs of the County Council by more than 30%. He also leads the team which has developed the Leicestershire model for Local Government Fair Funding.

Byron has been a county councillor since 1997. He sits on Melton Borough Council where he was Leader from 2011 until 2016. He was also the Chairman of the former Police Authority for Leicestershire, Leicester and Rutland for 5 years until 2010.

On the national scene, Byron is a long serving member of the CCN Council and has recently been appointed to the LGA’s Resources Board.

Outside of politics, Byron is a keen photographer and a member of his local church serving on the PCC and the Deanery Synod. He is a graduate of UCL (Physics) and a member of the IET and CIM. He worked for more than 30 years in the telecoms equipment supply industry. He has also run his own business and, since retiring, devotes his working time to council and political work.