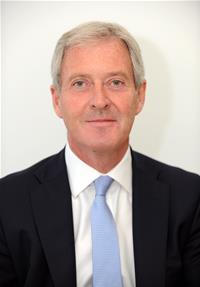 Title: Leader of the Conservative Group

Tim Oliver is the Leader of Surrey County Council and a former Leader of Elmbridge Borough Council.

Formerly CEO and then Deputy Chairman of a legal and professional services business, Tim was extensively involved in driving operational delivery and business development. He is a qualified solicitor and the author of three legal text books.

He has held many non-executive roles including on a wide range of not-for-profit boards .Tim is actively involved in the Charity sector as Vice President and previous Chair of Shooting Star Children’s Hospices and Chair of trustees Working Families.