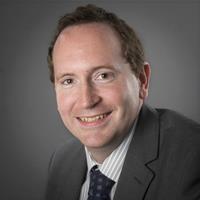 Keith previously served as a member of the LGA Fire Services Management Committee in 2011-2013. Keith is also an LGA member peer and since 2017 was appointed the Liberal Democrat Deputy Chair on FSMC and the Fire Commission.

In York he has been the Executive Member for Youth and Social Inclusion, and Economic Development and Community Engagement. He has a particular interest in education, having qualified as a secondary school teacher in 2004.