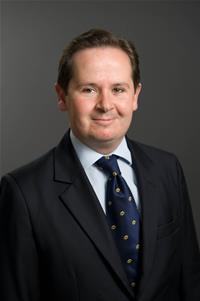 David’s professional background is in finance, where he worked for Lloyds TSB and HSBC after qualifying with the Chartered Institute of Insurers in 1997. Born in Kent and educated at a comprehensive school in Pontypridd, then at Durham University, he has been Hillingdon’s Deputy Leader since 2002. He was the youngest councillor in London when elected at 22 and served as a committee chairman and cabinet member covering planning, housing, social services, and education and children’s services.

In politics, as well as being a councillor, he contested two parliamentary elections and served as treasurer of the national Conservative Councillors’ Association.

His voluntary work includes services as a magistrate in North West London, as a trustee of the Early Intervention Foundation, and as a board member of the Teachers’ Pension Scheme.  He was awarded a CBE in the 2015 Birthday Honours List.