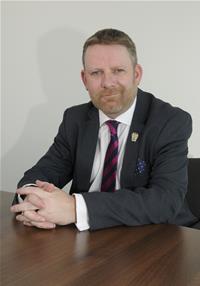 Simon is a father of three, a former toddler, publican, children’s social worker, and charity executive, he was first elected in 2003, and has served as Executive Leader of Blackpool Council since 2011.

Simon has a longstanding involvement with the Local Government Association (representing 370 Councils across England & Wales), and has served as the Chairman of the Safer Communities Board since 2016.  The Boards remit covers all aspects of Public safety, ranging from Trading Standards through to Violent Crime, Extremism and Terrorism.

He is a member of the Government’s Serious Violence Taskforce, the Home Secretary’s National Oversight Group on Violence Against Women & Girls, and leads on all aspects of the LGA’s work around community cohesion, Counter Extremism and the CONTEST strategy, particularly in relation to Councils duties under the PREVENT arm.

In addition to these duties, Simon has recently been appointed to the expert group which advises the UK Counter Extremism Commissioner, Sara Khan.  He is Vice Chairman of the Lancashire Leaders Group, a Director of the Lancashire Enterprise Partnership, Vice Chair of the National Migration, Asylum of Refugee Taskforce, a non-Executive Director of the Calico Group, and a delegate to the Council of the Congress of Europe.

A fellow of the British American Partnership, and an alumnus of the Leadership Centre, and the University of Central Lancashire, Simon has spearheaded Blackpool's recent twinning with the City of Sanya in Hainan province, China, and is the reigning Lancashire Indoor Hang-gliding champion.

In the little spare time that remains, he takes great pleasure in walking, reading, motor racing and remarkably little pleasure in being a Blackburn Rovers season ticket holder.