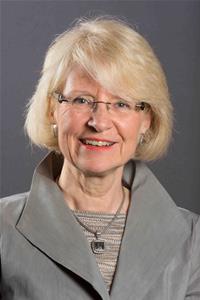 Teresa is the Deputy Leader of Hertfordshire County Council and Cabinet Member for Children, Young People and Families since 2017.  Teresa was Cabinet Member for Public Health, Localism and Libraries from 2013 to 2017. In her public health role Teresa promoted the problems of young people’s mental health and continues with her advocacy to this day. She became a local government mental health champion in 2014. In her localism role she chaired the Hertfordshire Armed Forces Community Covenant which lead her to the role of President of Hertfordshire SSAFA. She serves on Hertfordshire’s Health and Wellbeing Board where she advocates for integrated children services especially in CAMHS and learning disability.

Teresa has been a county councillor since 2008 and a District Councillor in St Albans City and District since 2001 where she also served as the Cabinet as Portfolio holder for Planning and Conservation and was Group Leader in opposition for several years.

Teresa served on the Board of the Conservative Councillors Association for 3 years.