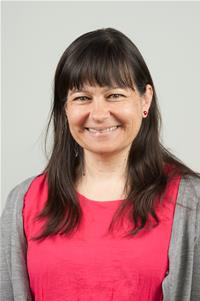 Doina Cornell was elected in 2012 as a Labour and Cooperative district councillor for the Gloucestershire town of Dursley and has been leader of Stroud District Council since January 2018. Since 2012 the council has been run by a ‘Cooperative Alliance’ of Labour, Greens and Liberal Democrats.

Since 2012 SDC has overseen large regeneration projects delivering green spaces and mixed tenure homes including high quality social housing. As leader Doina has led a thorough review of the council’s procurement strategy, embedding social value, community wealth building and carbon neutrality into council processes. Under her leadership SDC was one of the first UK councils to declare a climate change emergency and commit to becoming a carbon neutral district by 2030, and most recently won a national award for its top record in recycling.

Doina currently works with her family business Cornell Sailing Ltd publishing specialist sailing books, and in 2013-15 helped organise a round the world sailing rally to highlight climate change. She is the author of ‘Child of the Sea’, her memoir of her sailing childhood.