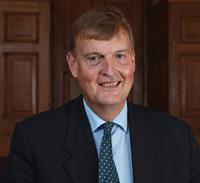 Paul is an influential, outspoken champion of local democracy, local government and the county of Kent who is not afraid to challenge the status quo. He plays a key role in regional and national leadership as the Chairman of the County Councils’ Network (CCN) and through his membership of the LGA Executive, South East Strategic Leaders, and as Chairman of South East England Councils from 2008 -2012.

Following a brief period as a Maidstone Borough Councillor, Paul was elected to Kent County Council in 1997, becoming the Cabinet Member for Education. Passionate about transforming the lives of Kent’s young people so they can reach their full potential, he oversaw the introduction of an exciting 14-16 vocational education programme, fought hard to retain special schools, and focussed relentlessly on driving up academic standards.

Upon becoming Leader of Kent County Council in October 2005, Paul has made it his mission to ensure that Kent’s economic potential is reached, fostering a trusted relationship with the business community, and helping to target the investment of the regional growth fund to where it will have the greatest impact.

An avid champion for an integrated health and social care system, Paul has positioned Kent at the very forefront of transformation, working collaboratively with health colleagues on testing potential health and social care models, including the “team around the GP, team around the patient”. Kent is one of the original 14 Integration Pioneer authorities, and is currently working with the Whitstable Medical Practice on its ‘vanguard’ project.

Paul believes passionately that public services should at all times put the resident first, be as bureaucratic free as possible, delivering quality and excellent value for money.

In the New Year’s Honours 2014 Paul was awarded a CBE for services to local government.

Paul is married with three grown up children.  He regularly competes in many aspects of motor sport, particularly in pre-war sports car racing, rallying and trialling.