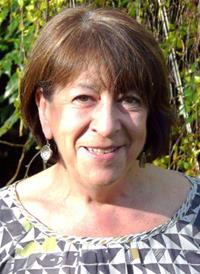 Title: Leader of the Labour Group

Judi works with Councillors and Officers in local government at all levels and is currently involved in a range of assignments which include Political and Community Leadership, Personality Styles and their applications, Councillors Communication Strategies and Practice, Devolution to District Partnerships and Top Team Development. She is a qualified teacher on Further and Higher Education and a professional practitioner in MBTI and TMS.

Judi is a highly skilled and experienced facilitator who has worked with Cabinets, Chief Officers, Top Team groups and frontline councillors in all types and levels of councils, including top performing councils and those that were really struggling with both political and managerial leadership issues.

Judi spent seven years at the IDeA (Improvement and Development Agency) working with political and managerial leaders across local government to improve their understanding and competence to deal with the most complex challenges of the sector in the 21st Century. These included some work with councillors and officers in Northern Ireland and in South Africa.

Before her appointment as Head of Leadership in 2004 Judi was the first Director of the IDeA’s flagship Leadership Academy Programme for three years.

Since the publication of the 2000 Local Government Act Judi has championed the cause of Councillor Development, working with many hundreds of councillors, individually, in councils and regionally promoting highly skilled local leadership in wards, in scrutiny, in cabinet and across the authority.

Judi began her professional life in the voluntary sector as a welfare rights adviser with the Citizen’s Advice Bureau, as a counsellor with Relate and an adult literacy tutor.

She spent several years teaching, counselling and developing programmes in further and higher education for a wide range of adults and school leavers and worked on training and development programmes with teachers, lecturers and training supervisors in industry and commerce.

In addition to her professional career in education Judi has 34 years experience as an elected member in administration and in opposition.  Judi chaired her local Area Committee for 12 years up to May 2012, through which she has developed a particular interest in community engagement and leadership, local democracy and devolution and delegated budgeting.  She was Chair of the Council in 1998/9. Currently Judi is Leader of the Opposition in North Herts. Since 2011 she is a member of the LGA Labour Group Executive as Eastern Region representative. Judi has just been appointed as Deputy Chair and Labour spokesperson on the LGA Improvement and Innovation Board. She also represents the Eastern Region on the Association of Labour Councillors Executive.  In September 2013 Judi was elected as a Hertfordshire County Councillor and is now deputy leader of the Opposition.