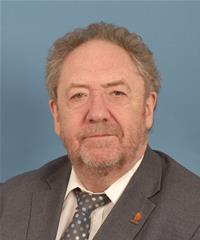 ·         As Deputy Leader between 1987 and 2002, he chaired the Finance, Planning, Superannuation and Economic Development Committees and was Cabinet Member for Economic Development (2000-2002). He has extensive experience of partnership working in multi-cultural communities: City Challenge, SRB and as a member of Wolverhampton LSP from its foundation.

·         From 1990 to 2004, Roger worked as a Community Development Adviser for Sandwell MBC. He has also worked as a researcher in a local authority, a national voluntary organisation and in academia and as an Urban Policy Adviser.

·         He has an MA in Community Studies from Keele, and an Msc in Policy Studies from Bristol. He has a D Soc Sci from the University of Bristol for a study of Cross Border Collaboration in Central and Eastern Europe: “Collaborative Advantage: a study of regional cross-border collaboration at the edge of the enlarged European Union”.

·         He has been a member of the national LGA’s Executive and is a former member of the Community Well Being Board. He is the current Chair of the West Midlands Strategic Migration Partnership Board and current member of the LGA’s Asylum, Refugee and Migration Task Group (which he has previously chaired). He is a board member of ALDA - the European Association for Local Democracy.