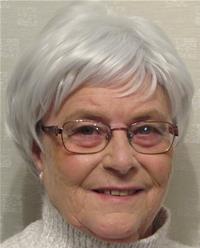 Cllr Anne Welburn first became a Councillor with the local Parish Council in 2006 and served 4 years as vice-chairman before a 2-year stint as chairman and was first elected to West Lindsey District Council in May 2008.

She has served on the Lincolnshire Police and Crime Panel since its inception in 2012 and is presently the Chairman of the Corporate Policy and Resource Committee and the Standards Committee at West Lindsey District Council.

Since 1992 she has been taking part in the Vierdaagse and has completed it 23 times so far, although it has been cancelled the last two years due to Covid 19 restrictions, she has also completed the London Marathon on 3 occasions although the running days are long gone.