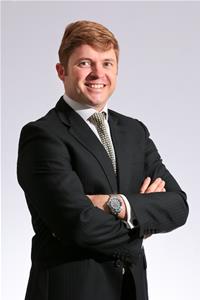 Cllr Sam Chapman-Allen has been Breckland Council’s Leader since May 2019, having previously held the Deputy Leader position. Sam is ultimately responsible for setting the strategic direction of the council, ensuring the council meets its statutory duties while delivering projects and initiatives that best support local people and businesses.

He was initially elected to the council in 2007 and served on the council until 2011, before pursuing other opportunities. During this time, Sam worked closely with Rt Hon Brandon Lewis MP, while Mr Lewis served as Minister of State for Housing and Planning at the Department for Communities and Local Government. Sam subsequently stood for election to the district council again in 2015 and has served at Breckland ever since. Along with this, Sam is a national board member for the District Councillors Network (DCN) along with the Local Government Information Unit (LGiU) and Conservative Councillors Association (CCA). Beyond this, he is the Norfolk District Council representative on New Anglia LEP.

Outside of local government, Cllr Chapman-Allen worked for nine years with the Ministry of Defence and continues to work with the MOD in a part-time voluntary role. Sam is often found walking his two mad springer spaniels or behind a tractor.