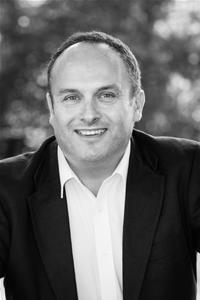 Morris Bright has been a local Councillor since 1999 and Leader of Hertsmere Borough Council since 2007. He is also a member of Hertfordshire County Council where he is the Deputy Cabinet member for Education, Enterprise & Skills.

During his 16 years at Hertsmere he has held a number of Executive posts covering; Leisure, Culture, Environment & Recycling, and Community Safety where was responsible for ensuring Hertsmere was the first Borough in Hertfordshire to introduce Police Community Support Officers.

Morris Bright is also Chairman of the Board of Directors at Elstree Studios which is owned by Hertsmere Borough Council.

He has worked as a journalist – both as a writer and as a broadcast journalist – for over twenty years. He has written and co-authored ten books including two for the BBC.

Morris continues to write and produce features as well as act as a freelance consultant in film, television and other media and is a regular guest broadcaster on British television and radio.

He is a keen pool player, a slightly lapsed badminton player and enjoys concerts - both classical and jazz - especially to watch his wife who is a classical musician.

Morris is a member of the British Academy of Film and Television Arts.