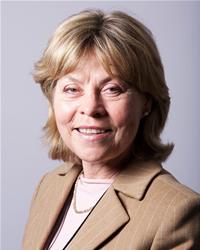 Cllr Izzi Seccombe OBE became the first female Leader of Warwickshire County Council in May 2013. Izzi first came to County politics in 2001 and has held two Portfolio roles. Firstly of Children, Young People and Families from 2005-2010, where she brought together the combined services of Education and Children’s Services, and as Adult Social Care Portfolio Holder between 2010-2013.

As Leader of a minority administration, she is acutely aware of the challenges she faces in office, specifically regarding budget and spending review. At the same time as fitting services to budget constraint being a key message, Izzi encourages a culture of ambition for business and inward investment opportunities, increasing Warwickshire's impression on a national basis.