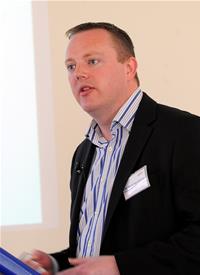 First elected to Gloucester City Council in 1998 at the age of 22, he went on to become the councils youngest leader in 2004 before deciding to step down in 2007.

Mark returned to local Government in 2009 when he was elected to Gloucestershire County Council. He became Leader a year later upon the retirement of Barry Dare, becoming the council youngest leader and one of the youngest upper tier authority leaders in the country.

Mark was re-elected as leader following the May 2013 elections, and was awarded an MBE for services to local government in the 2014 New Year Honours list.