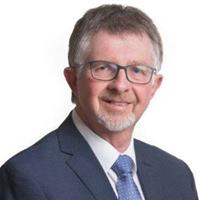 ·         Local Government Association where he serves on the Safer & Stronger Communities Board.

·         A School Governor at Kingston Park Academy, Carlton in Lindrick.

In addition to serving on Nottinghamshire County Council since 2005, Alan has been an elected Member of Bassetlaw District Council, representing Worksop North West Ward since 1986.

Born, raised and educated in Rotherham South Yorkshire, Alan is married to Shirley and they have three grown up children and four grandchildren.